The VETs (Village Enhancement Team) is a group of volunteers dedicated to keeping the central part of the village clean and tidy, weed-free and looking attractive. 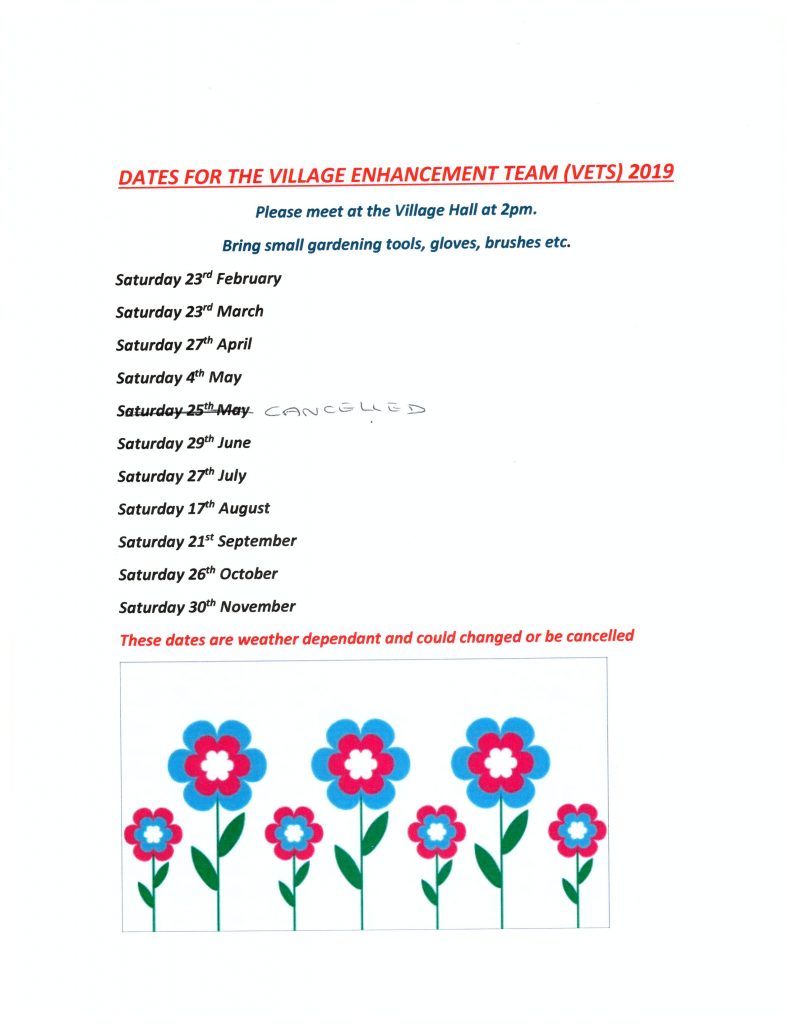 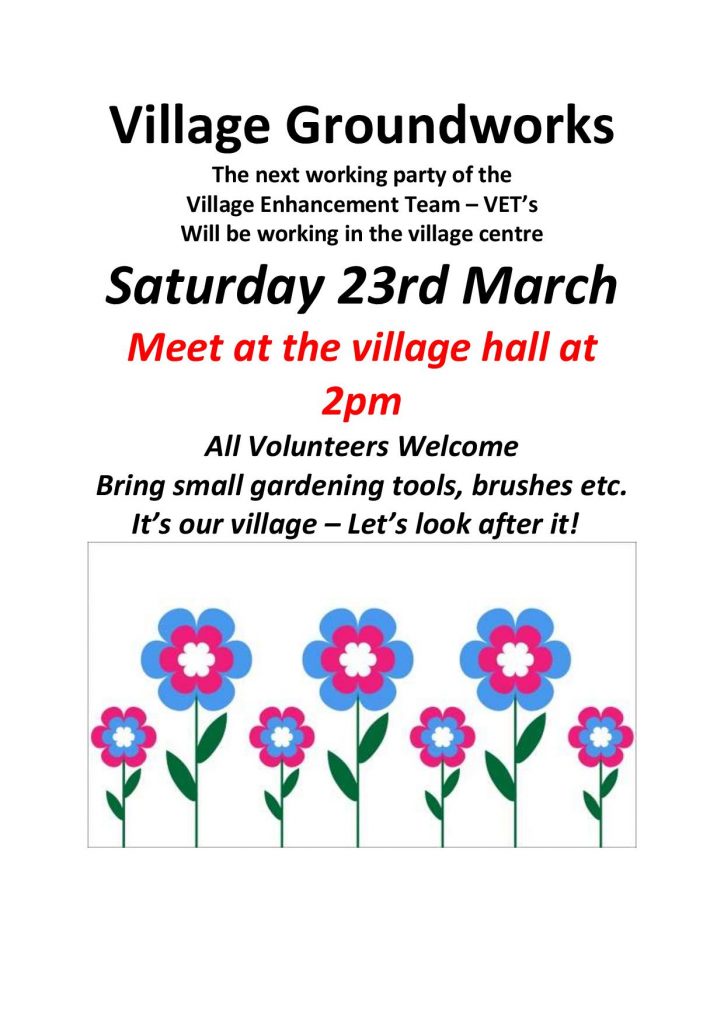 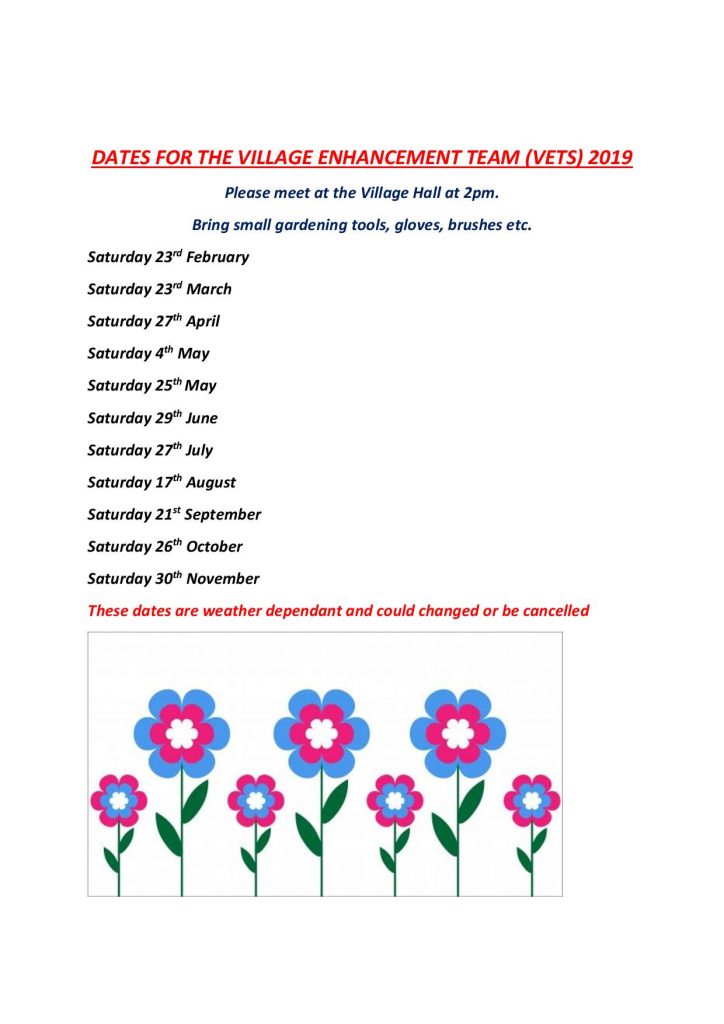 Four of the Millbrook VETs recently decided to renovate our remaining telephone box as it was in a very run down state and detracted from the improved Tanyard (which has responded well due to the care of the VETs). Before commencing the renovation work, a lot of research took place.

The original telephone kiosks, the K1, first appeared on our streets in 1921 and over the years there has been a series of designs. The telephone kiosk on King Street, was designed by Sir Giles Gilbert Scott who also designed Liverpool’s Anglican Cathedral, Battersea power station and Bankside power station – now the Tate Modern. Gilbert Scott was a member of a very well-known family of architects and his brother, Adrian, designed the Mount Edgcumbe House that we see today.

Millbrook’s kiosk is a K6, which was designed in 1935 to celebrate the Silver Jubilee of King George V and this design was used into the 1960’s. The earlier K6 kiosks were embellished with the Tudor crown but those produced after 1953, the Coronation year of Queen Elizabeth II, carried the crown of St. Edward. There was another small amendment to the design in 1955 when removable crowns were introduced. All this dates the Millbrook kiosk to between 1953 and 1955.

The kiosk is cast iron with a teak door and was manufactured in Stirlingshire by the Carron Company. It stands 8′ 3″ (2.4 metres) tall, is 3′ (0.92 metres) wide and weighs three quarters of a ton (762 kilograms).

So, armed with wire brushes, scrapers, sugar soap, masking tape and loads of enthusiasm, the work began. Little did we know that it would take three or four volunteers at a time working on it together for over 50 hours. There was toil, tears and laughter. Would we ever reach the stage where we could paint it?

But we finally painted it in the correct shade of red and picked out the crowns in gold. It is now looking as good as new and we have received loads of positive feedback.

Our Fleet of Flower Boats!

The VETs have been working hard to get our flower boats looking their absolute best. Take a look at these stunning pictures, we are so lucky to have such a dedicated team of volunteers in the village. We are always looking for more hands “on deck”, please get in touch if you would like to help. 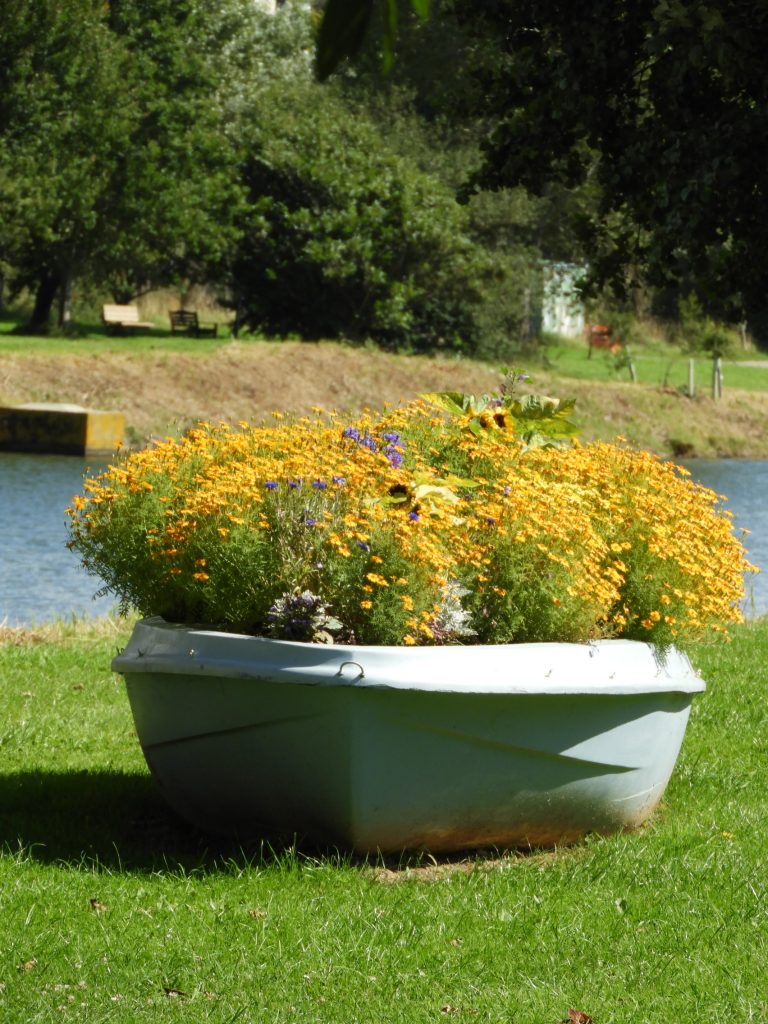 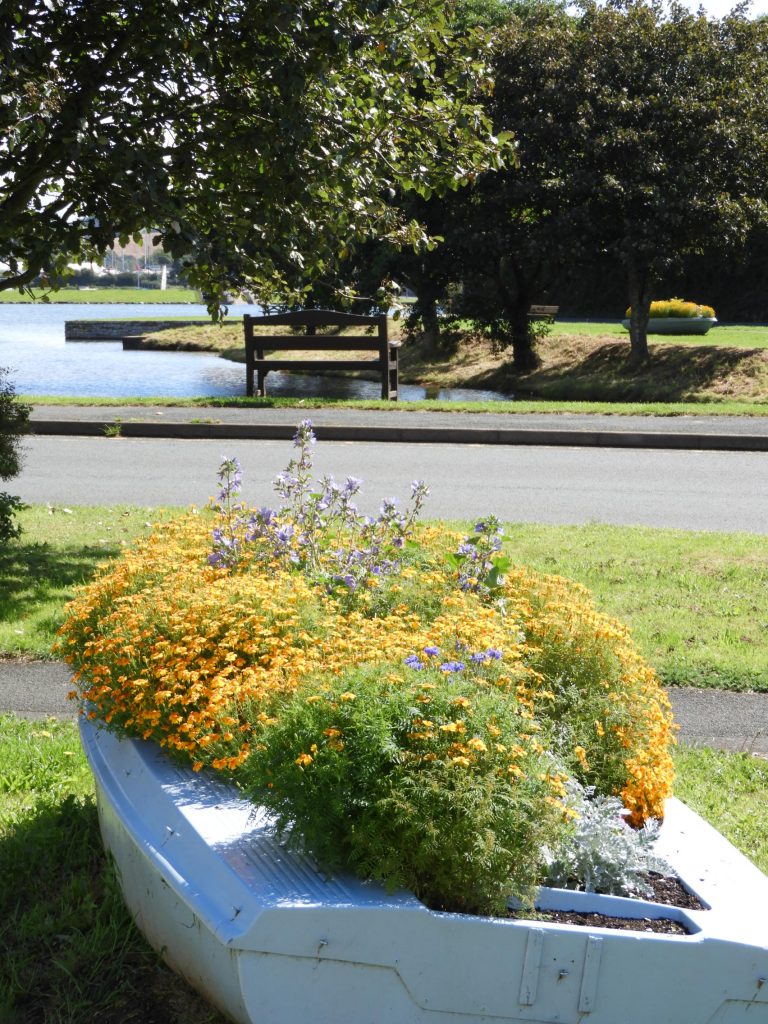 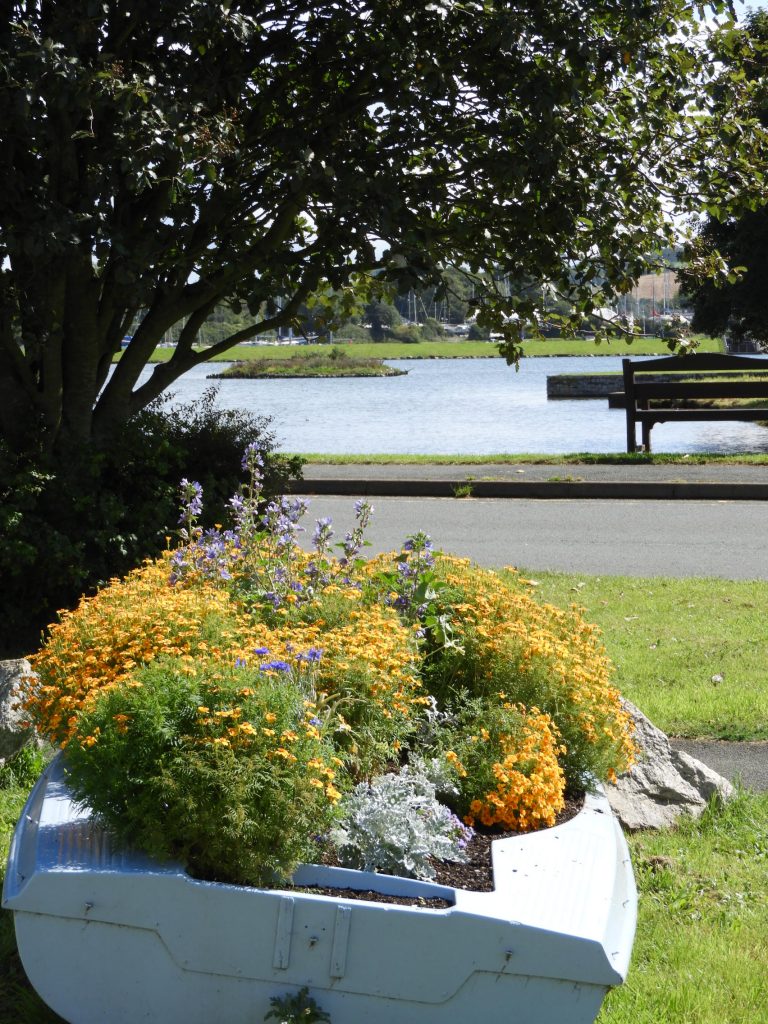 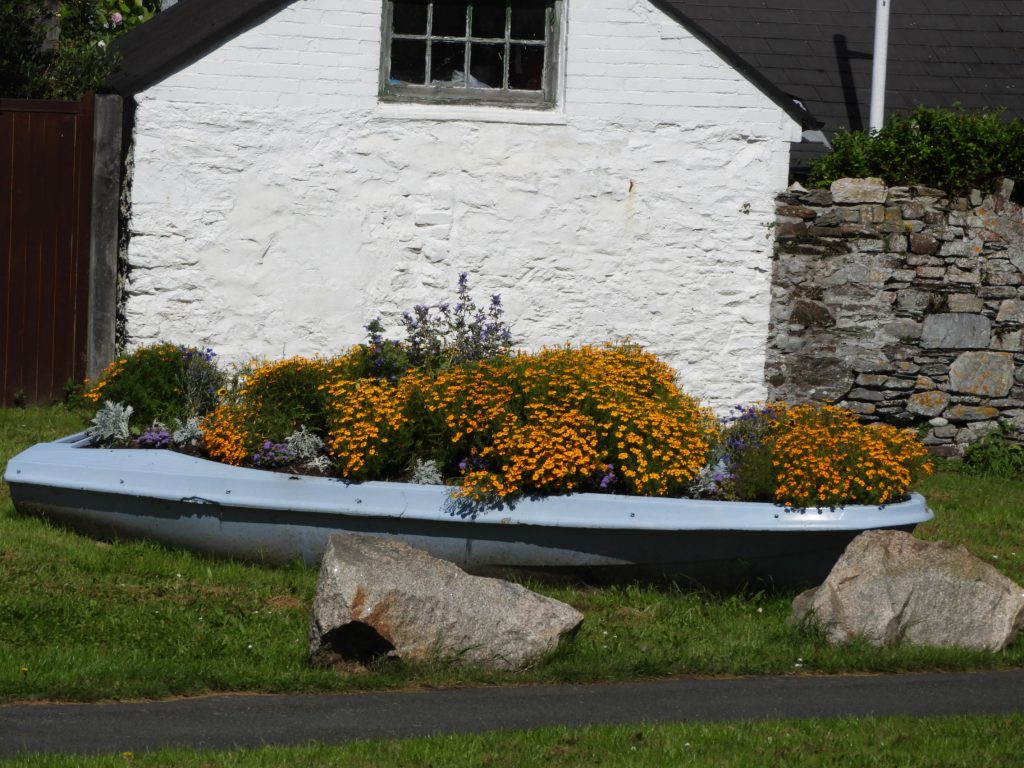 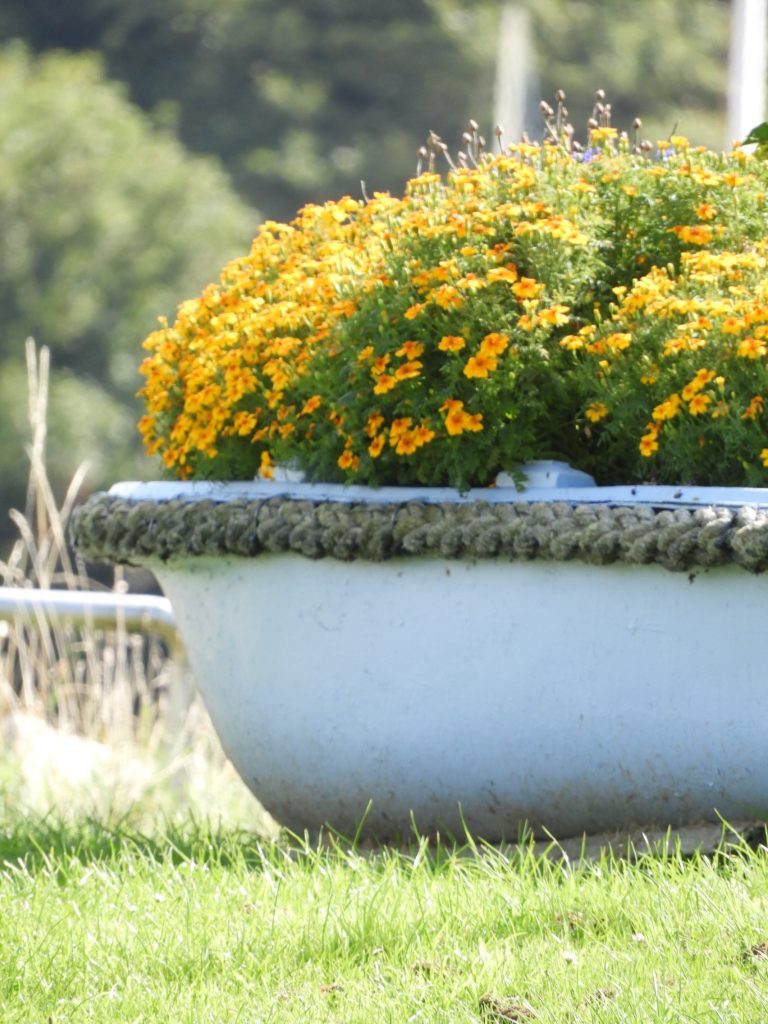 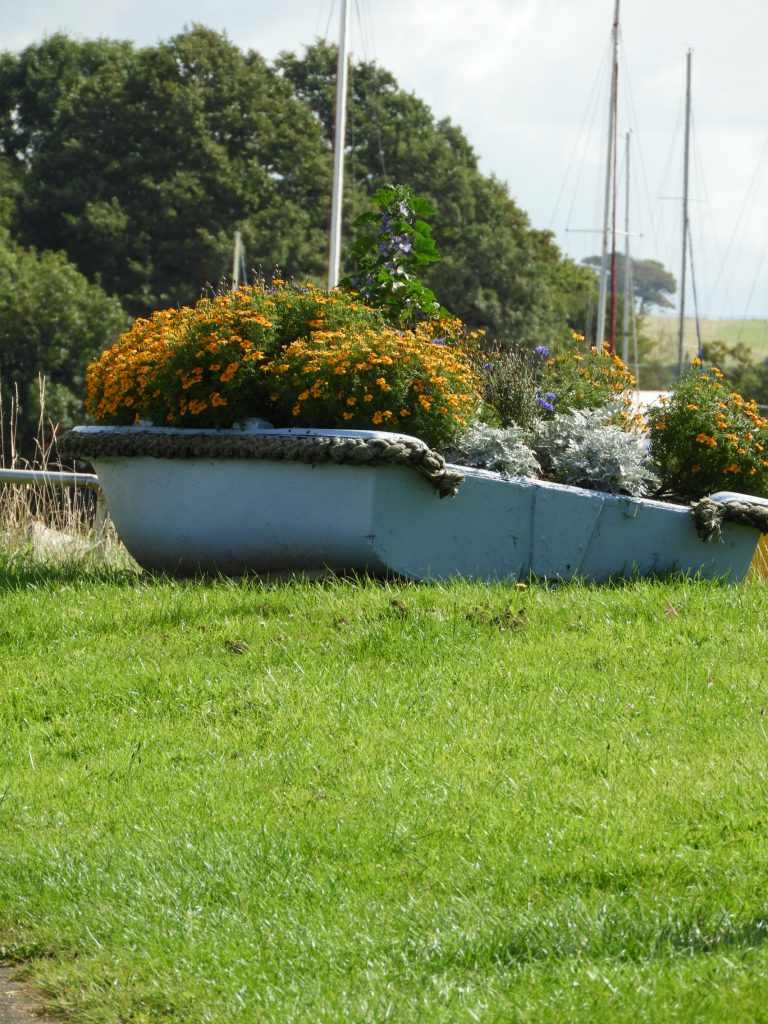 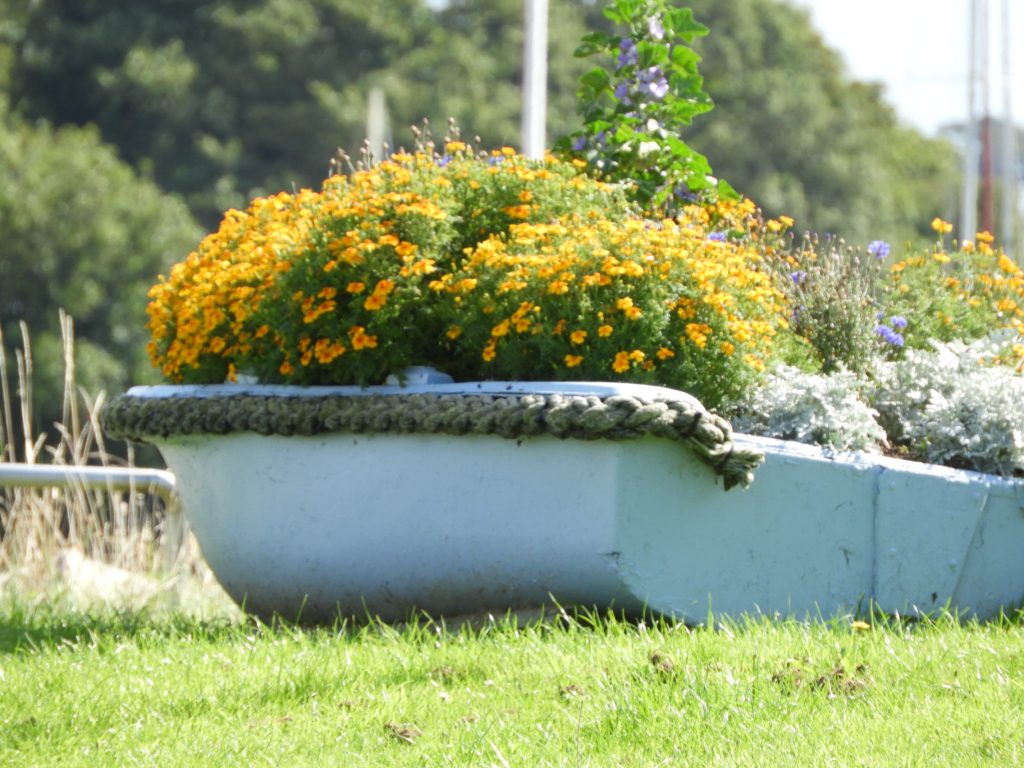 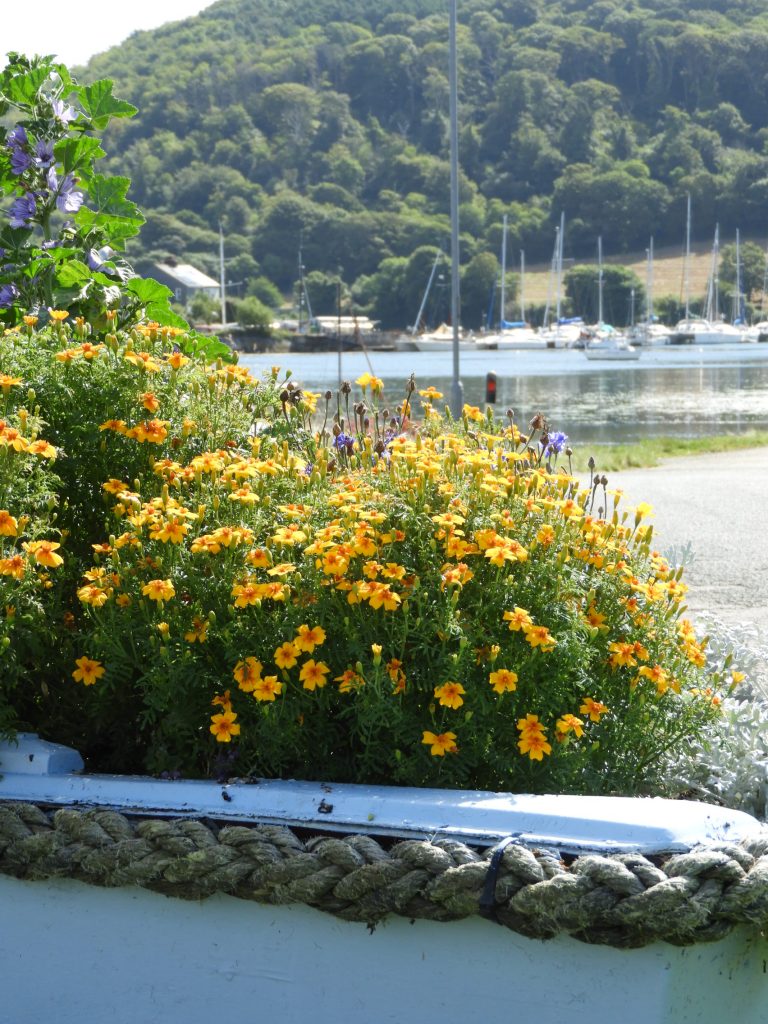 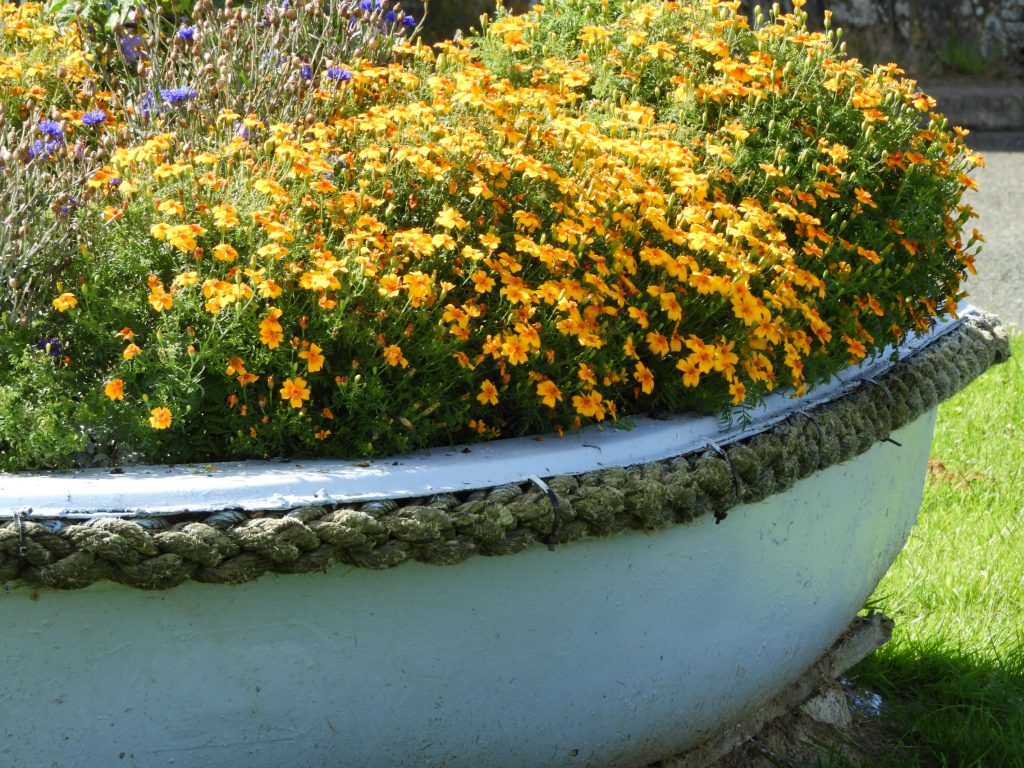 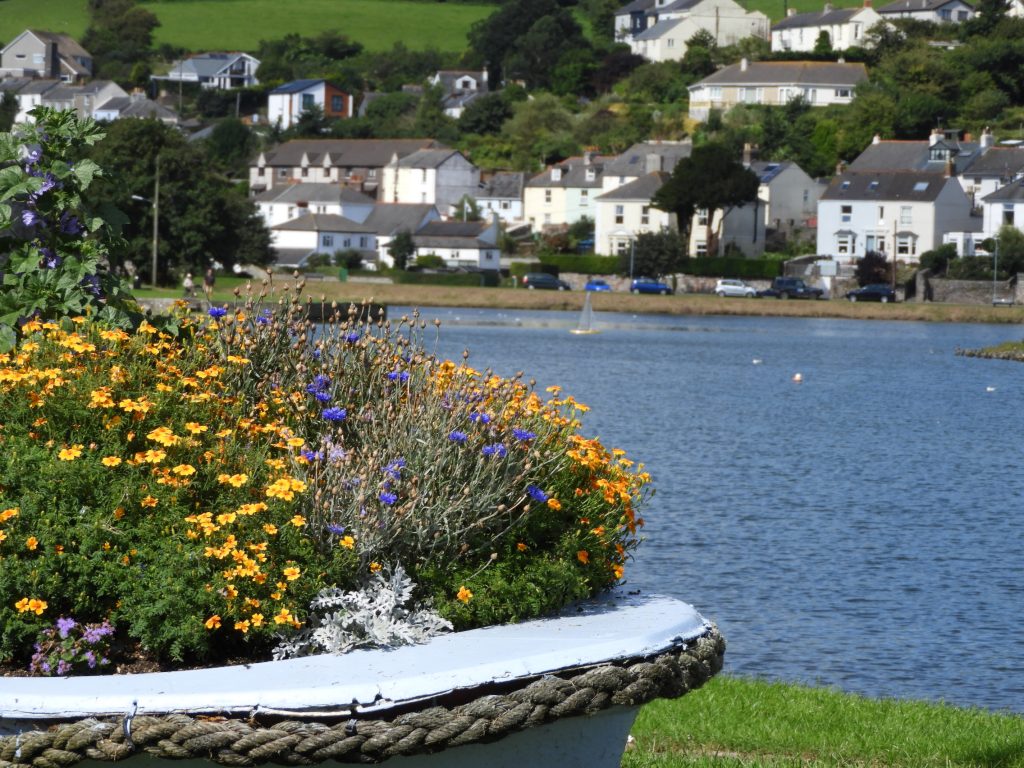 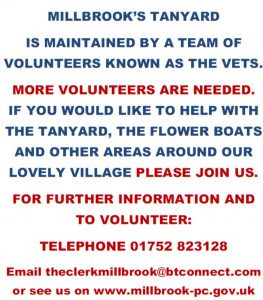 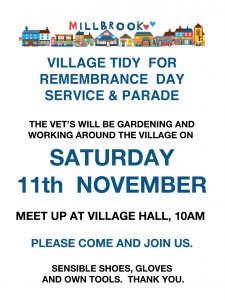 ALL WE NEED NOW IS SUMMER
Despite the blustery weather the VETs worked yesterday to add Summer colour to the various planters around the village. The colour scheme for this year is  blues and yellows and we planted Dwarf Sunflowers, Dwarf Cornflowers, two types of Salvia, Malva, Cineraria, Tagetes and Ageratum. The majority of the plants were grown from seed by Barbara Buckley and Neil Rugg who have been nursing hundreds of plants for weeks so a  very big thank you to them. As the volunteers worked there was much cheerful conversation  and support  from passersby but the highlight was the delivery of piping hot Cornish Pasties hand made by The Pod company based at Gallows Park. They were delicious.Thank you for that very kind gesture.

On Saturday the Team set up a stall in the tan yard and sold the Polyanthus plants recently removed form the flower boats. Other residents turned up and donated further plants for sale. In all £115 was raised and this will help cover the cost of planting around the village. it was a very sociable sale with much laughter and conversation. The Team also managed to do some weeding in the Tan yard and the recently planted Rambling Roses were much admired so if you have the time do take a look. Despite the awful weather forecast volunteers will be around the village on Tuesday as they plant up the flower boats for the Summer.

Millbrook’s Village Enhancement Team was in full multi-tasking mode on Saturday. The route for the forthcoming Black Prince Procession was weeded and swept, the Tan yard benefitted from a crowd of willing hands and the Team topped it all by organising a plant stall and raising £171.  A further £75 was raised by the sale of Strawberry plants so in all £246 towards the cost of the much needed village defibrillator. Meanwhile, the process of decorating the village with red and white bunting began and this will continue through the week. Through the morning the Team was assisted and enhanced by the presence of members of the local Lions Club who worked along Fore Street and West Street. A very big thank you to them all. The volunteers cleared 15 fifteen bags of weeds and silt from the village centre.

With just over a week to go to Black Prince Day on Monday 1st May why not decorate your house and help make the event the best ever.

Millbrook residents turned out in force on Saturday to tidy and clear the village car park and surrounding area. Litter was picked, ivy removed from pavements and trees and shrubs were pruned and tidied. The weather was on our side and the two hours flew by. Many thanks to all who turned out. There are two VETs days in April as we prepare for Black Prince Day. The dates are Wednesday 5th April and Saturday 22nd April. Why not come and join us? The Team will also be running a plant stall in the Tan yard on the 22nd to raise funds for the defibrillator. 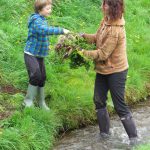 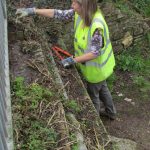 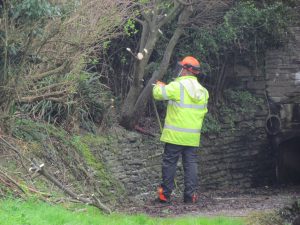 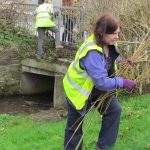 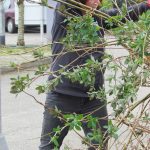